The majority of period tracker apps fail women. What’s more, fitness trackers and wearables fail pregnant women terribly. They were most probably designed and developed by men, and most likely not consulted by future users. We looked around at the women’s health and “femtech” market and found that digital health technology has yet to live up to female expectations. So far, the area is under-researched, underfunded and not understood.

In spite of the slogan of diversity pinned on the flag of many tech companies, the field is highly dominated by men. It is easy to imagine Silicon Valley as, well, Silicon Valley itself, with a bunch of hooded guys, Sheldon Coopers as science guides and women as side-kicks rather than main protagonists. Although television is all about stereotyping and drama, it definitely does tell a strikingly familiar story to real life when it comes to (the lack of) diversity.

Just look at the numbers! Women hold only 11 percent of executive positions at Silicon Valley companies and only own 5 percent of startups. In 2017, only about 15% of tech roles at Twitter were occupied by women, and that number was slightly better at Facebook (17%), Google (19%), Microsoft (18%) or eBay (24%). There are already places where that might slowly be changing, though, but a lot more could be done on the diversity front. Fitbit increased board diversity by adding two female directors after an outcry that it targets women with its products without having a single one as a board member. At Google, the percentage of women in leadership roles has risen from 20.8 percent to 25.5 percent during the past four years, while the percentage of female employees rose to 30.9 percent.

A 2016 report from McKinsey found that women made up 37% of entry-level roles in tech (compared to 45% in the overall sample), and only 25% advanced to senior management roles. Just 15% reached the C-suite. Both entry-level roles and management positions count a lot since it is assumed that product development issues regarding diversity that do not come up at the lower levels could jump at the front on higher ones. However, if 63% of entry-level roles and 85% of senior executive positions go to men, there is a pretty good chance that female issues won’t find their ways into anyone’s ears. Not to speak about implementation.

So, there’s the situation when men try to figure out fitness trackers, wearables and health technology for women. What could possibly go wrong there, right? Well, let’s just start with the quite obvious. Clothing and storing issues as told us by Lisa Gualtieri, Founder of RecycleHealth, an initiative to give used trackers a second life, in a tweet:

Man: “I don’t see why anyone needs a @fitbit when smartphones track activity.”

That’s right. But of course, you cannot figure that out if you’re not a woman. Although regarding the issue of where should wearables go, we could also mention Kerri Morrone diabetes blogger and e-patient with her disco boobs experience. She clipped her insulin pump to the front of her bra, and when she bolused (pumped a small quantity of fast-acting insulin to cover the glucose output of the liver), the bra lit up like a disco ball. Imagine that mishap in a meeting or just in the store buying bread.

Don’t even mention the period problem

But now, let’s go down way deeper into the rabbit hole and look at period trackers and fitness wearables addressing the menstruation issue. In the health category, period tracking apps are reportedly the fourth most popular among adults and the second most popular among adolescent women. In spite of this fact, it seems that it is quite difficult to find a decent one which goes beyond one-size-fits-all solutions and offers real guidance. In a long, excellent piece, Kaitlyn Tiffany wrote that not even the most prominent two – Glow with around 15 million users and Clue with about 10 million users – can get that women are different, not to say, periods can be highly different alongside with needs and interests. Why are you not able to turn off the “fertile window” in Clue? What if a woman doesn’t want to get pregnant just track her period? Are the two inseparable?

Others aren’t performing better either. Take a look at Fitbit. For a starter, they haven’t included a menstruation cycle tracker into their devices up until May 2018! It was one of the firm’s most requested features – and it makes perfect sense. Of course, you want to add that to your health and fitness data, it has a massive impact on female well-being. So, Fitbit finally added a period and ovulation tracker alongside the other metrics – but it couldn’t get it right. Among others, women were irritated that the user couldn’t record more than 10 days for a period (why do you need limits here?). But it isn’t Fitbit alone. Apple Health also appeared without a period tracker on the market – and added it an entire year later.

Beyond the design failures, oversimplification and stereotyping, the data might also be flawed, which is the most irritating of all. How do you want to build any predictive system without not measuring data right? Researchers at Columbia University Medical Center studied 108 free apps and concluded that “most free smartphone menstrual cycle tracking apps for patient use are inaccurate. Few cite medical literature or health professional involvement.” They also clarified that “most” meant 95 percent.

Pregnancies are even harder to crack

Many women have the experience that period tracking apps, fitness wearables or other health-related products just cannot explain their pregnancy. As seen above, period tracking apps cannot even handle characteristics of female health slightly outside the range of what is considered to be the yardstick (which shouldn’t even exist in an A.I.-savvy and personalized medicine-based world, really), how could they handle pregnancies? They cannot. They shout the days being late too many times in notifications to the user’s phone or send unnecessary messages.

But that’s just how fitness trackers and wearables also behave. Smart scales and exercise apps usually don’t have a “pregnancy mode” or even a “recovery mode”, for that matter, which takes into account your changed conditions. Swapna Krishna chronicled on Engadgethow the Apple Watch or the Eufy BodySense Smart Scale let her down during her pregnancy constantly warning her to reach better activity levels or letting her know that she gains more weight than it’s healthy. In another example, when Boglárka Balogh-Tóth, Hungarian personal trainer expected a baby, her pulse rate reached higher levels than usually noted by her Fitbit. However, after giving birth, this rate fell down almost immediately – which is considered by the device as extremely fit and healthy. At the moment, Fitbit perceives her fitter than her husband who is working out eight hours a day. 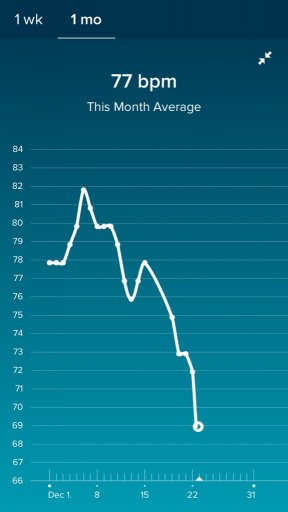 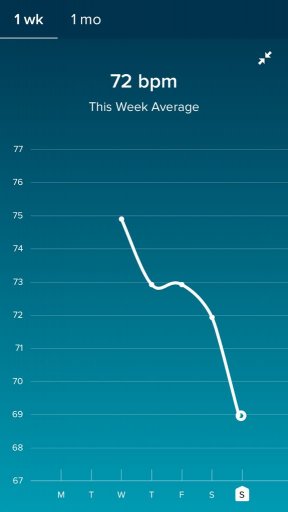 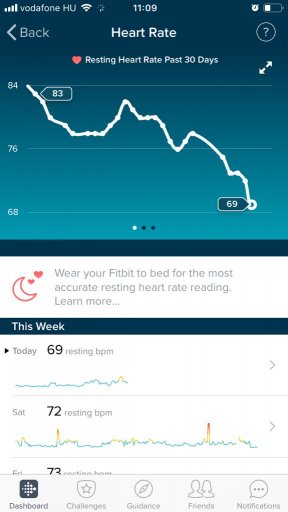 Do something for women right, tech!

Some might say that these troubles are niche problems. The truth is as far from that as North Korea from being a democracy. As noted before, period tracker apps are the fourth most popular among adults – so it would be high time to address that issue right. Besides, according to the Centers for Disease Control, there were almost 4 million births in the US in 2015. There were 62.5 births per 1,000 women aged 15 to 44. Thus, pregnant women represent a considerable population.

Although the tech industry noted that the problem is the lack of women in leading positions, in tech roles or having investment capacities. In the past three years, an estimated $1 billion has been poured into women’s health technology. Moreover, the “femtech” market is expected to be worth $50 billion by 2025, but the issue remains persistent that globally, only 10 percent of investor money goes to women-led startups. How will these new products be created without women? For whom will all these innovations be useful?

It seems that women’s health is still an overlooked area with developers only scratching its surface – and digital health has not proved to be a savior yet. Women’s issues are not researched enough, not understood correctly and not tackled in the right way. It’s not enough to paint a product pink and put flowers in the app. There are quite a few exceptions, for example, Apple hiring a prominent obstetrician at the beginning of February, which signals an effort to bring more understanding to their innovation table, but that’s just not enough. Where are all the other fitness tracker manufacturing and health data gathering folks?

Not to mention the fact that women’s health does not only mean period tracking and pregnancy. A lot less consideration is given to other female health problems such as menopause, cancer detection, breastfeeding troubles, troubles around bladder control, and a lot more. While digital health companies already appeared in these areas, too – the Squeezy app exercises the pelvic floor muscles, Elvie created a wearable breast pump, MobileODT created a mobile colposcope to detect cancer and iBreastExam enables women to have better breast health – their number is quite low, and the trends are not looking bright.

It is painful for us to see digital health technology failing those in need, so here’s a wake-up call! Femtech investors, women’s health advocates, as well as fitness wearable manufacturers step forward and create solutions for the entire spectrum of wonderful women out there.