Digital health companies faced bad news going into 2020, from job cuts to dissolving pharma partnerships. But these struggles are part of an industry that is finding its identity in a crowded healthcare market. 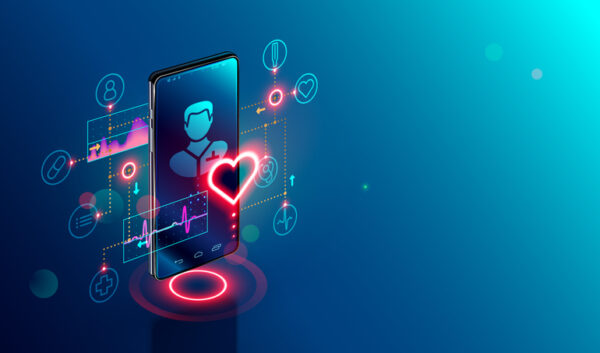 As the digital health industry gains ground, companies have bandied about all sorts of terminology. Some sell digital medicines. Others sell digital therapeutics. One company that went public last year describes itself as an “applied health signals” company.

The fancy names, of course, are a way to differentiate the industry from the plethora of dubious health apps that populated the App Store once the iPhone became ubiquitous. And it’s not too different in 2020. Today, roughly 318,000 health-related apps are available on the market, according to a report by the IQVIA Institute.

To differentiate themselves from the health and wellness pack, digital therapeutics have attempted to back claims that they can prevent or treat certain conditions with clinical evidence. There’s still a lot of wiggle room in that definition.  It could include a company whose software product is cleared by the FDA, has validated data based on randomized clinical trials and can make claims based on an FDA label. But can a company that checks off just one of these three boxes call itself a digital therapeutic?

“We’ve been doing this since before the term existed,” said Corey McCann, who founded Pear Therapeutics in 2013. “It’s become a popular term to the point where I’m not sure what digital therapeutics means.”

No matter the name, investors are lapping up shares of these startups. Digital health companies raised $7.4 billion in 2019, according to a report by digital health seed fund Rock Health. In 2018, they raised $8.2 billion.

Those heady numbers, however, are colliding with the stark reality of commercialization. A much-vaunted unicorn — Proteus Digital Health — is cutting jobs this month after it failed to raise a planned $100 million funding round. Several other startups took a hit, losing major pharmaceutical partnerships.

In the end, what will matter is not nomenclature or branding — but rather a formula that makes this category desirable to patients. And for that, a purge is inevitable and almost necessary.

“There’s certainly a Darwinian story where some things become obsolete and others thrive,” Dr. Eric Topol, director of the Scripps Research Translational Institute, said in a phone interview. “I don’t know of a single field where everything has been a home run.”

Like Topol, Lisa Suennen, a prominent venture capitalist, believes in the potential of the industry.  There are some legitimately good products out on the market, said Suennen, head of venture capital and emerging companies for Manatt Digital and Technology.

“Now we have to figure out how to get them into practice. That’s not so clear,” she said in a phone interview. “I often ask doctors, have you ever heard of such-and-such app? Almost always, they say no.”

Patients, too, are approaching newer products with caution.

“In all reality, I think there’s still a good amount of skepticism. I think it should be there,” Megan Coder, executive director of the Digital Therapeutics Alliance, said in a phone interview. “There are a lot of apps out in the world.”

McCann, the aforementioned CEO of Pear Therapeutics — who describes his company as a prescription digital therapeutics startup — expects to see a shakeout of the industry similar to the divide between prescription drugs and supplements. Some software will be used by patients for health and wellness, with questionable effectiveness. Others will be prescribed by a physician, with a regulatory label and a strong rationale.

“It’s a space that’s very much talked about. People are excited with the things that are possible,” McCann said in a phone interview. “Today’s challenge is getting to scale and making digital therapeutics the first-line standard of care.”

Marrying science with consumer tech
In the long run, for these companies to survive, they must have two things: solid clinical evidence and a good understanding of what patients need.

Andrew Hedin, a principal with Menlo Park-based Bessemer Venture Partners, said he often sees companies with one of two backgrounds. Some have strong clinical experience and take a biotech-like approach to research. Others come from a consumer technology background, building tools that are appealing to patients, but with little scientific backing.

“I believe both are doomed to fail. You need to marry both expertises,” he said in a phone interview. “A digital therapeutic won’t be effective unless a patient consistently engages with that product.”

In the case of Proteus, a mismatch with patients was likely the culprit. The company had received FDA clearance for its solution, which required patients to wear a patch that would detect if they had taken their medicine. Proteus struck a partnership with Otsuka Pharmaceuticals to use this system with Abilify, Otsuka’s branded drug for the treatment of schizophrenia and depression. It all sounded good on paper, but the system didn’t seem to sway payers.

To start, it’s a lot to ask patients to wear a pill-tracking patch, not to mention that they’d be paying double for the privilege. According to drug-pricing website GoodRx, Abilify MyCite costs roughly $1,985, while the generic for Abilify sells for $688 on average.

“I had never been enamored with Proteus, with how difficult and expensive it is to digitize a pill,” Topol said. “For schizophrenia, it never made a lot of sense to me …  If there’s a putative therapeutic or enhanced diagnostic capability, what great unmet need does it fulfill?”

In an emailed statement, Proteus confirmed it would lay off a portion of its workforce, though its two facilities will remain open.

“Otsuka will continue to focus on serious mental illness and we will focus on other therapeutic areas including infectious disease and oncology,” a spokeswoman wrote in an email.

Other companies with a similar approach have been waiting in the wings. Shortly after news broke of Proteus’ woes, competitor etectRx gained FDA clearance. The company uses a removable lanyard, instead of a skin patch, to detect when a medication has been taken.

Pharma partners
Proteus and Otsuka have since revised their original, $88 million agreement, with the companies commercializing their products independently, a spokesman for Otsuka wrote in an email.

This is not the only major drug partnership to unravel this year; Novartis’ generics business, Sandoz, announced in October that it would end a partnership to commercialize Pear’s digital therapeutic for substance abuse. Months later, Sanofi said it would no longer be involved in operations for Onduo, a $500 million joint venture between Sanofi and Alphabet’s Verily.

Cannacord Genuity Analyst Richard Close said these “cooling events” don’t spell the end for digital therapeutics. “… rather they are indicative of a nascent and emerging industry still trying to figure out the best way to commercialize products,” he wrote in a research note. “It is clear through clinical studies that (digital therapeutics) offers meaningful value and quality, but how DTx and pharma work together to unleash this potential remains to be seen.”

Pear CEO McCann said his company has found success working with branded pharmaceuticals, but didn’t see much of a rationale for partnering with generics companies. Novartis is still an investor in Pear, and the startup recently struck a collaboration with Ironwood Pharmaceuticals, which will evaluate using its digital treatments to treat GI conditions.

For veteran digital health company Voluntis, pharma partnerships have been a critical part of its growth strategy. The Paris-based company has struck deals with Sanofi, AstraZeneca and most recently Novartis, for a digital therapeutic used to manage the side effects of cancer treatment.

“Pharma is one of the only groups that can take us globally. There are very few groups that have this potential to distribute solutions at scale in many markets,” Pierre Leurent, Voluntis CEO and a founding board member of the Digital Therapeutics Alliance, said in a phone interview. “They have very complementary skillsets. … They’re not afraid of embarking on multiyear development journeys. They can be a partner in clinical trials.

In the future, Leurent expects to see more combined offerings with pharma.

“The lines are extremely blurry,” he said in a phone interview. “The way we define the medtech industry is going to change.”

Sorting out payments
Before these treatments can reach patients, they must first overcome one of the biggest remaining hurdles: reimbursement. That includes providing clear clinical evidence and making a compelling case that their solutions will improve patients’ health and bottom line.

Before it was acquired by ResMed, Propeller Health had received nine FDA clearances and published 15 peer-reviewed studies. Apple, too, published a large study in the New England Journal of Medicine before commercializing its atrial fibrillation technology.

“There are clearly many studies that reach the top-tier journals. Unfortunately, there are not enough of them,” Scripps Research’s Topol said. “There’s far more stuff that’s marketed by companies with no publication. That’s hard to separate out for the consumer or even for physicians.”

Sometimes, companies will conduct a pilot study with an insurance company or employer in lieu of publishing a peer-reviewed study, Topol said. But with a much smaller sample, the data can be easily skewed.

“It’s just not the same kind of proof to me,” he said. “There’s no exceptionalism to me. Everything in this space needs to go through randomized, prospective clinical trials.”

Digital therapeutics companies should also consider reimbursement models and physician workflows, Leurent said. With CMS and private insurers’ push for value-based reimbursement, there may be more incentive for physicians to use these kinds of tools.

If I don’t think about how to align with reimbursement for providers, them it might not be prescribed,” Leurent said. “It’s complex. This world has not existed for a long time. It’s still an evolving space. Typically, people talk about reimbursement as a success factor that is not exactly straightforward.”

On the payer side, Express Scripts’ new digital health formulary should be a boon for companies. It removed one major obstacle for employers looking to include a digital therapeutic in their health plan.

Express Scripts named Livongo, Propeller Health, SilverCloud Health and a handful of other companies to its formulary, starting in 2020. While it doesn’t answer all of the problems of how a digital therapeutic will be sold, prescribed and reimbursed, it at least solves one piece of the puzzle, Suennen said.

Digital health companies still face many challenges ahead. But experts expect them to play a growing role in the future of healthcare.

Dr. James Madara, CEO of the American Medical Association recently said that the definition of digital health may be what is holding back the sector as more clinically-validated products are being lumped together health and wellness apps.

While definitions do matter, it could well be just a matter of articulating the value and proving it over time — consistently and repeatedly.

After all, a rose by any other name ….